Social Security and Retirement Planning: A Hit or Myth Proposition

Social Security's retirement program has been a basic part of American life for more than 86 years. But, despite the age, the size, and the economic impact of the Social Security system, the myths and misunderstandings about what the program is, as well as what it isn’t, are sizeable.

Kurt Czarnowski, the Social Security Administration’s former Regional Communications Director for New England, will provide a wealth of information about the system. He will cover topics such as when someone can start to collect, how a retirement benefit is calculated, and the impact of working in retirement. He will also discuss spousal and survivor benefits, as well as how someone goes about applying. 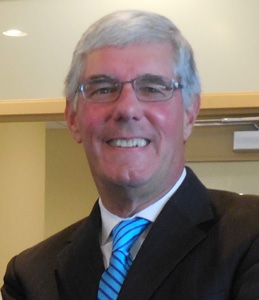 Kurt Czarnowski is currently the principal in “Czarnowski Consulting,” a retirement planning firm which in now in its 11th year of providing “Expert Answers to Your Social Security Questions.”

Czarnowski is the former Regional Communications Director for the Social Security Administration (SSA) in New England, a position he held from December of 1991 until his retirement at the end of 2010. He began his career with SSA in 1976, and during his 34 years with the agency, he worked in several different management and staff positions in the Greater Boston area.

As Regional Communications Director, Czarnowski was responsible for coordinating the Social Security Administration’s public affairs/public information activities in the six New England states. In this role, he was a frequent speaker at local and regional events for members of the public, and in his “retirement,” he has been invited to speak on Social Security at events, not just in New England, but across the country, as well.

Czarnowski wrote the chapter on “Social Security and Retirement Planning,” for the book, The Six Secrets to a Happy Retirement, which was published by ATA Press in March, 2013. He has been a contributor to “Retirement Weekly,” a MarketWatch Publication, and his answers to readers’ Social Security questions have been seen in “Retirement Daily,” as well as the print and online editions of “U.S.A. Today.” He was also quoted in both the New York “Times” and the Boston “Globe” about the best time to claim Social Security retirement benefits.

He serves on the Massachusetts Money Management Project’s state-wide Advisory Council, and is a Member of the New England Pension Action Center’s Advisory Board.

A native New Englander, Czarnowski received a Bachelor's degree in History from Hamilton College in Clinton, New York, and a Master's degree in Public Administration from Northeastern University.

He currently lives in Norfolk, Massachusetts with his wife, Anne.

Zoom information is provided upon registration.