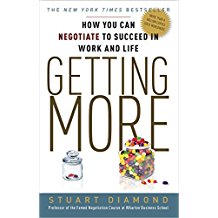 Please join the Wharton Alumni Club at the Racquet Club of Philadelphia on Thursday, March 15th 2018 when we host a talk with Professor Stuart Diamond.  As a thank you to our current members, we are offering a deep discount on this event, giving you the opportunity to hear Professor Diamond speak and receive a signed copy of the new revised 2018 edition of his book, Getting More, and a new revised wallet card of the Getting More model, all for only $25.  This same deal will be offered to anyone who signs up for and/or renews their Wharton Club membership. 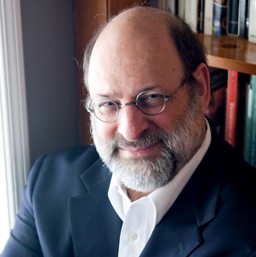 Professor Diamond’s talk will center around:
NEGOTIATING IN THE AGE OF TRUMP
A Nonpartisan Method For Success Amid Constant Conflict

Whether you’re liberal or conservative, interested or disinterested, there is something to learn from the new reality that the U.S. and the world face. Come hear some unique insights from Wharton Prof. Stuart Diamond, whose negotiation course has been the most highly sought-after course by students at Wharton for 20 years. His NY Times bestseller, "Getting More: How To Be A More Persuasive Person In Work and Life," has sold 1.4 million copies in 26 languages, was called the #1 book to read for your career by The Wall Street Journal’s career site and one of 25 success books to read in one’s life by Business Insider. His innovative principles, used widely at Google, U.S. Special Ops and around the world, will put current conflicts – professional and personal -- in a revealing perspective. His message is collaborative, emotionally-intelligent and culturally-diverse but doesn’t brook hard bargainers. His methods will also be helpful in getting a raise or a new job, getting the kids to listen and securing vast discounts. “Worth my entire Wharton education,” has been a frequent refrain of his students.

Hors d’oeuvres will be included.  Cash Bar is available

48 Hours Notice is Required for a Refund

Biography
STUART DIAMOND is one of the world’s leading experts on negotiation. He has advised executives and managers from more than 200 of the Fortune 500 companies, and taught 30,000 people in 45 countries, from country leaders and professionals to homemakers and school children. A professor from practice at The Wharton School of business, where his course has been the most popular over 13 years, he has also taught at Harvard, Columbia, NYU, USC, Oxford and Berkeley, and advised the U.N. and the World Bank. A former associate director of the Harvard Negotiation Project at Harvard Law School, he has managed a variety of business ventures, including technology, medical services, energy, agriculture, finance and aviation.

He holds a J.D. from Harvard Law School and an MBA from Wharton. Previously, Diamond was a Pulitzer Prize–winning reporter for the New York Times. His negotiation process solved the 2008 Hollywood Writers Strike, and has been selected by Google to train its 30,000 employees worldwide. Other clients include JP Morgan, Morgan Stanley, Microsoft and multiple companies in the healthcare field. He advised the top government leaders in Latvia in organizing their government after the fall of the Soviet Union, assisted Kuwait in rebuilding its government after the first Gulf War and advised the President and Foreign Minister of Nicaragua on more effective media and political strategies.

He also helps parents to get their young children to willingly brush their teeth and go to bed and shows employees and executives how to get better jobs and raises.